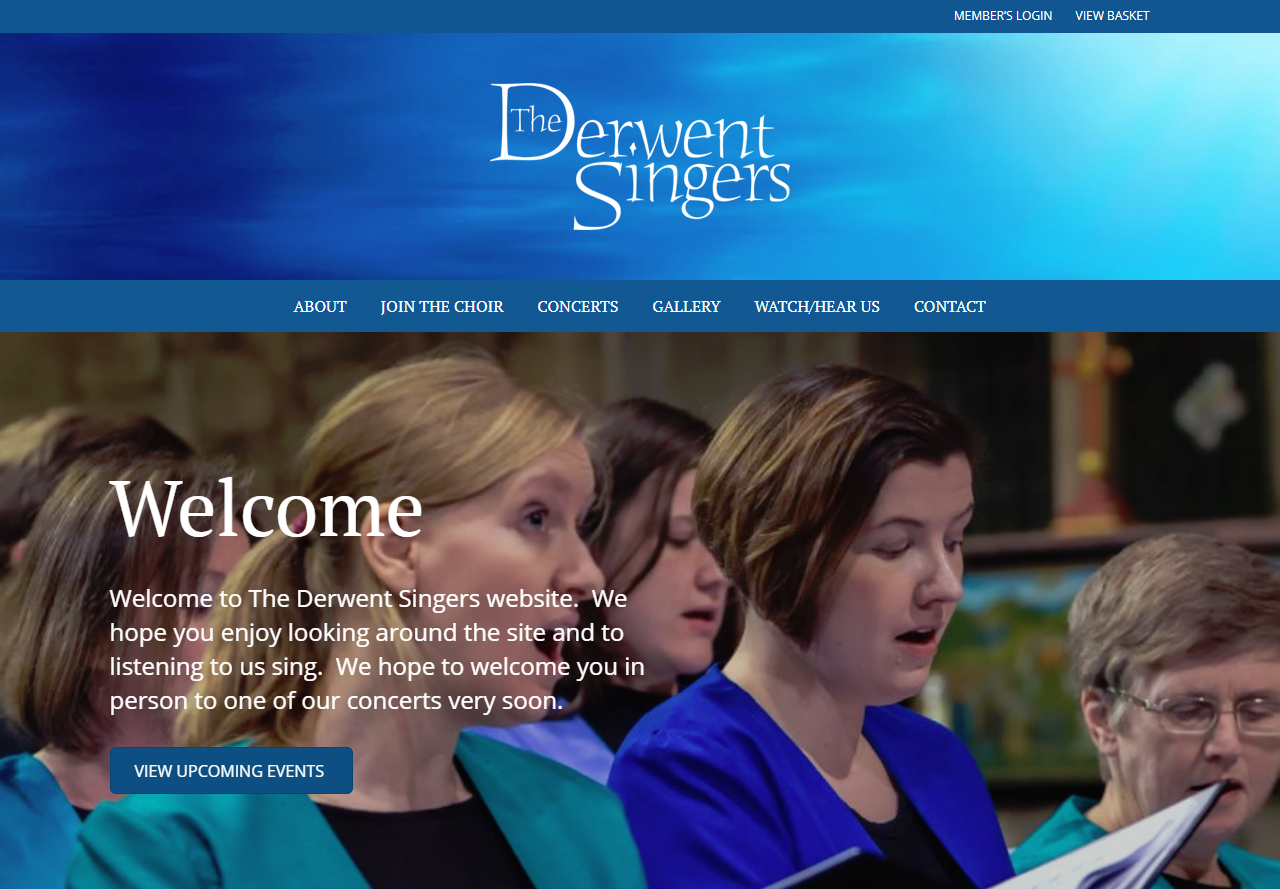 The Derwent Singers are an award-winning Derby-based chamber choir which has earned itself a distinguished reputation for performance of all musical genres, from the Renaissance to the present-day. Around twenty-five strong, they perform several concerts each year in the East Midlands, as well as occasional "away fixtures".

As well as undertaking "lighter" concerts, The Derwent Singers sing a hugely varied range of music: from Palestrina to Chilcott, be it sacred, secular, serious or light-hearted, well-known or more obscure, a cappella or with the composer's specified accompaniment of - say - organ, piano or orchestra, they will tackle it with enthusiasm and professionalism. Past performances have included Bach's St John Passion, Britten's St Nicholas, Finzi's In Terra Pax, Vivaldi and Monteverdi with Emma Kirkby.

The Derwent Singers' Director of Music, since 2004, is Richard Roddis. Richard has a formidable reputation as both a choral director and singer.